Last time we hardened the application, allowing it to be run in develepment, test, or production modes, however, this broke the existing docker build. There were a number of reasons for it not to work and these need attention before digging into docker compose.

In this post I will first repair the broken dockerfile using a SQLite database, then introduce docker compose, and use it to create a separate MySQL server along with the application server.

Docker allows you to access the logs from a running server by using the command:

Unfortunately, after rebuilding the estimator application from the dockerfile, the application will not start. I forgot to add the new Python requirements to the prod_requirements file.

Adding the database required the addition of SQLAlchemy to the virtualenv that we were developing the environment into. The following lines should get things back up and running:

When debugging, I also noticed that a lot of files were being copied to the docker server that are not required, including the dev version of the SQLite database.

We can tell Docker not to include certain files by adding a .dockerignore to the project root folder. This is what I excluded:

Configure SQLite in the Dockerfile

We need to add an environment variable to the dockerfile so that the default profile is used when the application is created. This will get it up and running again.

This is going to create a SQLite database file using the same approach for development. Not how we want production to work, but good enough for now.

The database must be initialised before it can be used. After switching to create the app with the create_app function in the Flask Blueprints I never changed the dbinit.py script to use the new function. This is what it needs to look like:

I will remove and rebuild the docker image and server using the new setup with the following commands:

To check that the correct files have now been copied to the server, I can connect a session to the running server as follows and from there run commands such as ls.

Exit with the command exit or Ctrl-D.

To initialise the database, first make sure that the server running and then run this Python script against the server. This needs to be done once each time the server is built.

Now the server will respond to GET and POST responses like it did before. See Flask and Docker for some examples.

So that’s fine. The docker server is working again and now has a local SQLite database behind the application, but that is not really a permanent solution. What we want is to have the application’s database running on a separate server, or in this case, a separate Docker container.

Docker provides a means of orchestrating multiple containers with one command using the docker-compose utility. It will bring up all the containers necessary in the environment with a single command.

This is my first time playing around with docker-compose so the aim is to simply get it working. There are some obvious things that I am doing wrong and should not be copied in a production environment, such as the rudimentary password exposed in the following file.

To start with we need a docker-compose.yml file. YML is similar to JSON (or even properties files) holding configuration, but does it using indentation to nest levels. For example, build is within services.web in the following example.

Two servers are defined, one beginning on line 3 for the application server, and the second on line 19 for the database.

Each container is named appropriately. The web container is told to build with the Dockerfile located in the same folder with the build: . command. Note that is has a dependency on the db container, which ensures that the database is available when it is started.

Similar to running the application on a single container with docker run where we specified that port 5000 should be opened up, on line 6 the port is exposed to allow connections to be passed through from my laptop to the container.

We left the production configuration settings incomplete above, starting the application with the default settings that use the local SQLite database.

First thing to do is to change the Dockerfile so that it adds the production environment variable:

Then we need to add configuration so that the application can connect to the database. We added the various parts of the connection URI as environment variables, and these can be accessed by importing os and using it to retrieve the values.

As mentioned in an earlier post, SQLALCHEMY_DATABASE_URI is used by SQLAlchemy to connect to the database.

The development environment does not require a MySql database, but the production server does. Even still, I used pip install mysql in the my virtualenv as it seems to select the correct version to use, one compatible with the existing versions.

Unfortunately when I ran this for the first time, it gave the following error.

It appears that SQLite is more forgiving of incomplete models than MySql. I needed to add a size to the string property in the table:

It’s straightforward to build the images:

There may be a slight delay the first time this runs as it downloads various components. Assuming there are no issues, the composition can be brought up with:

The command starts the servers up with the logs spilling out to screen so it should be possible to see both the application and database starting up.

The MySql database will show additional log lines; it should state that it is running and can take new connections.

Stopping the containers can be done by pressing Ctrl-C and waiting for the servers to shut down gracefully.

I had to rebuild a few times before getting everything working the way I wanted it to, and found that some changes were not applied to the server while others were. For examlpe, adding the PyMySql dependency to the prod_requirements.txt immediately worked, while any changes to Python files were not reflected on the newly built container.

To resolve this problem I had to remove the application container before rebuilding:

Not ideal, but subsequent builds are faster than the initial one.

Initialise and Check the Database

There is no real difference to initialising the database from above. Make sure the containers are running and use the terminal to run:

Since it is now a MySql database, you can connect and run queries against it from the command line using the following:

For example, to check that the table we created is in the database, use the following:

Now that the application is up and running, I was able to use Postman to create a new group

With a terminal connection to the database still open, verify that the row has been inserted with the following.

That about wraps up the post. The database is now working in a standalone container. Docker-compose was easy to use and get working.

There are some elements of this code that are unfinished, for example, holding the password for the MySql database in source code is wrong. I will deal with this before moving to a real container on the cloud.

There is a lot more to do in the mean time. While the application allows someone to create a new group, that is just about all it can do. In the next post we will return to adding more functionality.

I am new to Docker and Flask, and this series of posts is looking at these technologies from a beginners point of view. Please send any comments or corrections to [email protected].

If you are interested in trying out the code in this example, you can access the code on Github here: https://github.com/rkie/estimator

Having read both the Phoenix Project and The Dev Ops Handbook, which both reference The Goal, I felt I had to read the book that was the inspiration. 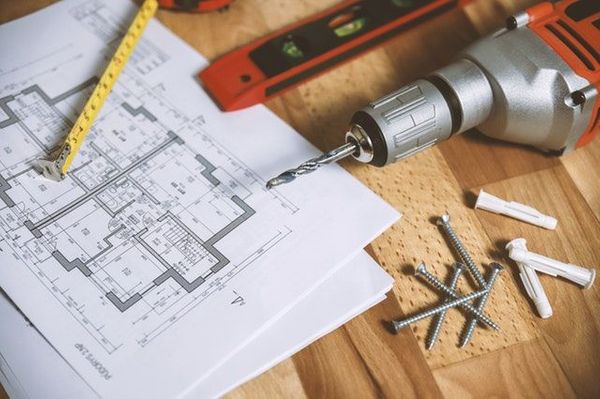 We will add configuration to the Agile Estimator application, allowing us to run it in dev, test or production modes, and introduce Flask Blueprints.