Are you an introvert or extrovert? Do you have the same personality as your partner and does this matter? How can you best work with thoseBook Review: Quiet, Susan Cain

The world, especially the Western world centred in the USA is extroverted and getting more so all the time. Think of the open plan offices that are becoming the norm where even the executives are sitting at desks on the floor. In her book, Quiet, Susan Cain worries that we are ignoring other qualities, those that require quiet, thoughtful attention and introspection, to the detriment of society in general.

Introverts are often ostracised, appearing aloof from their peers. They tend to avoid large social groupings, preferring one on one conversation. At parties they hover at the edges, pairing off with one another while the more gregarious take centre stage. In business meetings they are often the most silent, unwilling to raise their concerns before the group, but will often follow up by email with a salient point.

Both types need one another, however, and it is common for husband and wife pairings to include both an introvert and extrovert. This grouping can bring out the best of both parties, making them better than the sum of their parts.

Which Type am I?

I would classify myself as an introvert, no question. As a child and teenager, large groups made me uncomfortable, but conversations one on one were not a problem. I also find that I need quiet, alone time to recover after being a part of a party or large event. But I found that my opinion of myself changed as I read the book. I don’t identify as closely with those feelings as I once did. Is it possible to change?

Early in the book, Susan presents a set of twenty questions that will give an indication of where you lie on the scale. When I answered them using my gut feeling I landed eleven-to-nine in favour of introversion. Having finished the book and answered them again, I found that it had moved a little but still close. I answered fourteen questions in favour of introversion, but have to admit that some could fall on either side of the fence.

I guess it doesn’t matter so much any more. I can play the extroverted role, especially in work. At times, as a team leader, I need to be the one to inject enthusiasm into the team. I also need to maintain friendly and open relations with my internal customers. This demands being open to conversations both in work and at social occasions.

I don’t have the same problems that I had when I was younger. Small talk used to be a chore for me, but now I can easily keep up my end of a conversation that is neither deep nor meaningful. I can also switch into deep mode and listen to a colleague’s problem. Susan terms those in the middle of the spectrum as ambiverts. Perhaps this is a fortunate place to be, giving me access to both sides when required.

For a People Manager

This book should be of interest to anyone that managers people. Without going out and forcing your team to do a Briggs-Meyer test, you should intuitively know who amongst you are the introverts and extroverts. You will gain insight times into when your team are being stretched – an introvert playing the extrovert role, for example – and be mindful of how difficult this can be and of the need to provide space for recovery.

Which makes a better people manager, an introvert or extrovert? Western culture seems to think that it is better to be in the latter camp. Being able to relate and communicate to a broad amount of people, giving lectures to an audience, and speaking off the cuff come naturally to extroverts but can be difficult for their opposite. And these are often the traits that management look for, especially in the interview process.

Cain cites other qualities that introverts bring to the table. The ability to listen to their staff without interrupting them, to not disagree immediately, but rather to ask questions, and keeping their tone of voice controlled most of the time. Introverts tend to be good at allowing teams to self-improve, especially if they are the conscientious type that work hard.

I was a shy child and was told so repeatedly. I think this only made me shyer. The advice in Quiet is to avoid the use of that word for children that show the signs of introspection and solitude. Sometimes parents do not understand how a child can prefer reading their book to being outside playing with a group of friends.

By understanding what makes introverts tick, especially the need for downtime, parents can learn to stop putting pressure on their introverted children to be “more like the other children”. Given time and space, they will make good friends and create their own social circle within the limits of what they are capable of.

Introverted parents with extrovert children will have similar, if different problems. In western culture these children will appear more “normal” and may not cause as much alarm as a quiet child that does not want to interact, but conflict can naturally arise in a quiet household. Learn what your children need to develop and facilitate it, rather than trying to change them into what you were as a child.

Quiet charts the rise of new thinking and research that helped to explain why each of us is as we are. One of the early signs of introversion is to be highly reactive to changes in the environment. Experiments carried out on young babies which introduced a sound, light or smell proved a good indicator for what the children turned out like when they reached early puberty. The children that reacted the most to the stimulus had dominant introvert tendencies and those that did not react turned out to be extroverted.

The experiment seemed to suggest that there is something in us, from birth, that makes us either introverted or extroverted. This reactivity to stimulus could be a genetic trait. But there is also room for our environment to affect the personality traits that we develop. More research into this area is needed.

The exact definition of introversion and extroversion is contested (as indeed is the spelling – I follow Susan’s spelling convention). Quietness and shyness as well as the ability to empathetically feel what other people feel is often attributed to introverts. However, that description might be taken to mean that extroverts are incapable of such sensitivity.

This sensitivity may indeed be a separate trait on its own, and having this ability does not preclude you from being an extrovert. Indeed there are a number of traits that have become associated with either one or the other personality type that may be unfair. Another example is shyness. You can become a shy extrovert or a confident introvert.

The key distinction that the book keeps returning to, is that the different types require different ways to recharge their batteries. Exclude what your type needs and you will not feel like yourself. An extrovert keeping a vow of silence could be as torturous as an introvert having to speak in front of a crowd of people all day.

The book discusses an idea suggested by Professor Brian Little called the Free Trait Theory. According to Little we can take on traits that are not natural for us when required. For example, an introvert can learn to speak in public without looking anxious or an extrovert can use deep thought to solve a problem. Doing an activity that does not come naturally drains us, however, so it is necessary to schedule time where we can recharge.

Recharging means different things also. Some might find that a weekend spent curled up with a good book fills back up their energy, while another might need to go out and meet as many people as possible in the most loud and wild scenarios to recharge. Figure out whatever renewal time that you need and carve out time for them, especially after acting out of character. Cain calls these restorative niches.

Although couples from opposite ends of the introvert-extrovert spectrum can be well matched, small things that the other person does can antagonise and exasperate the other. Why won’t he let me read my book? Why will she never attend parties with me? A part of any successful relationship is understanding what makes your partner tick.

Little calls the compromise that we can work out with people of the opposite type a free trait agreement. Both parties need to be able to adapt sufficiently so that they can accommodate the other person. For example, this might mean that the introverted partner agrees to attend a party that they would rather not, playing the role enthusiastically for as long as possible.

Carving out restorative niches for each other and protecting them from encroachment is another way that opposite couples can help one another. Both have to realise that what energises one can exhaust the other. If your introverted partner needs time for silence, you can help by taking the children out for an afternoon.

The introverted side of me enjoyed this book. I almost miss that side of me; it’s hard to think of myself as a full blown introvert. And yet I do make space to be alone in a busy house. And I can block out the rest of my open plan office, using music or even playing white noise in my headphones, and this allows me to access pure thought. But I no longer feel overwhelmed by large crowds or parties where I know few people.

The book focuses on introversion, and particularly how this way of behaving is being sidelined in business, schools and communities. There is a solid argument here to make sure that we give space for quiet contemplation, for trying to solve problems alone before invoking group-think and giving space for children and adults to recharge themselves.

Reading the book has given me a different insight on my children. While neither are obviously on either side of the line, both tend to be shy and highly sensitive. However, it’s clear that my son shows none of the phobias that introverts show; this was a surprise. My daughter, who is loving and outgoing, however, I’d now have to classify as leaning towards introversion. Both appear to be the opposite of my gut feeling before reading the book.

So I have a few useful tips to take away from reading Quiet, especially when dealing with my differing children. As an ambivert, although Susan gave little advice, I think I need to allow for both social stimulus and quiet time to fully recharge. I can also pay closer attention to those that I manage and make sure that they work in the environment that suits them best. 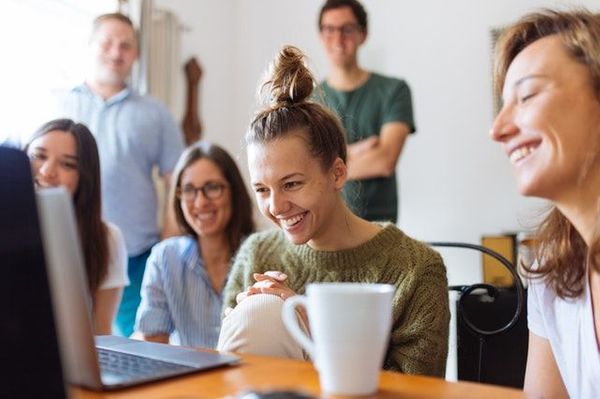 Once you have accepted a new offer, how should you spend your notice period in your current job? Furiously busy to finish projects or gazing out the window? 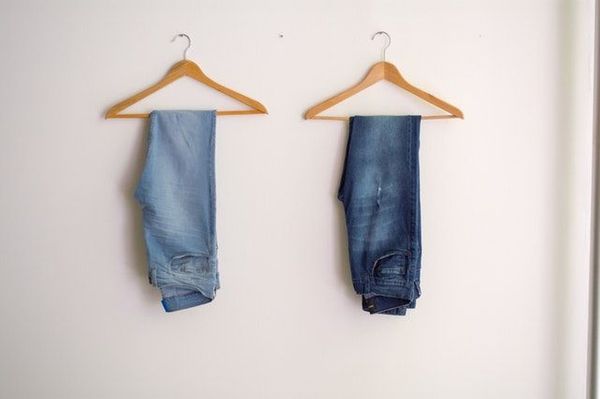 A year in the life of Scott Berkun as he rejoined the workforce in a new type of company; one where most interactions between staff occur on-line.